Inside My Head Part: 1 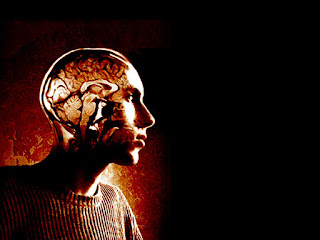 And so it came. The "big" day. The day that I had begun to feel as though would never really come. The day that, like so many others, filled my heart with overwhelming emotions of every kind. From anxiousness to anxiety, from excitement to fear, from anticipation to aggravating frustration. They all visited me for periods of time and with an increasing frequency as the scheduled event slowly approached.

I am speaking of the IPSS procedure (Inferior Petrosal Sinus Sampling). A procedure that is typically performed once a series of confirming tests have determined that you are most likely a Cushing's victim and that the associated source of trouble, aka tumor, is most likely situated on the Pituitary Gland as apposed to the Adrenal or a few other potential locations within the body. This procedure is usually reserved for much later on in the diagnostic process after a long series of confirming blood & Cortisol tests and a specific Pituitary MRI scan. If you make it this far, chances are that determination of the disease has gone from if, to where.

The procedure itself is only slightly invasive where, at least in my case, a pair of surgeons and a handful of associated nurses prepare you in a way that feels very much like a full blown surgery. Two small incisions are made on either side of the groin area and a small catheter is inserted to each, which provides the entryway for two small tubes to be fed up through the body via your vein path to the head. The tubes are positioned on either side of the Pituitary Gland and collect drainage samples coming from the gland or, as is the case for Cushing's patients, from the tumor. After the initial samples are taken, a contrast is introduced to the area and then another set of samples is extracted. These samples are then used to determine or further confirm the fact and location of the tumor on the Pituitary which then helps the Surgeon assigned for removal to determine the best path for entry when that time comes.

The procedure itself was relatively painless. I did feel some weird unexpected pressure that was relatively similar to sever sinus pressure inside my head and directly behind the eyes. I also believe that, on several occasions, that I was able to hear a sort of popping or scraping as they made adjustments to position the tubes properly. Overall, the procedure took an entire day, but broken down, it was like two hrs for prep., two hours for the actual procedure and then a mandatory four hrs. for recovery.

As with most of the tests, procedures, consultations, etc.. I think I amped up the experience in my head waay beyond what it actually turned out to be, which obviously caused more grief than good. I think, that for me at least, that I seem to think that each of these events will somehow derail the process and that the result is going back to the drawing board and starting all over again from the very beginning, which just flat out wears me out to even think of such a thing!

As far as I know, this is close to the end of the line for all the preliminary diagnostics leading up to actual treatment and recovery. Next stop should be removal surgery, which I have been told is estimated out about two weeks from today. I am just waiting on the phone call from the docs to review their findings and to authorize the scheduling.

Posted by Craig Roberts at 6:10 AM

Email ThisBlogThis!Share to TwitterShare to FacebookShare to Pinterest
Labels: Cushing"s