Letting the Cat Out of the Bag 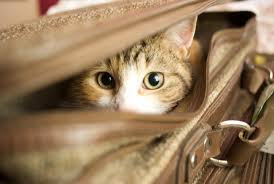 Ok, I admit. I have been putting off writing this blog post for far too long now!

Don't ask me why. I just kept holding out as if some "thing" would maybe happen, some change or event that would take away the necessity for it.

Or maybe it was a simple form of denial, thinking that if I put down into words what I hold in my heart that it transforms the idea into a physical form with much more real-ness, which is scary!

Or maybe it's just plain laziness on my part. After all, I've been prone to that all my life and perhaps even more so since receiving this news, which just sort-of sucked the wind from my sails.

The thing is that I've already presented this news to the worldwide web through my social media accounts. Which, by-the-way, if you were not aware of or familiar with, you can find and follow along from there. However, if you happen to already follow my Facebook page The Cushing's Trail or the new Support Group Cushie's Corner, which is also on Facebook, there's a good chance that you have already heard the news anyway. The point being, that it simply doesn't make one bit of sense to hold out. 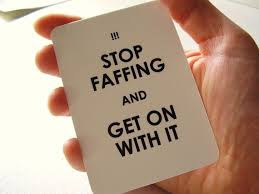 Getting on with it -

So really, what this post is about and what I've come here to reveal is that after four amazing years of enjoying what could be referred to as a "normal life", whatever that is. For me it is one that is absent the on-going and mounting symptoms, frustrations and disabilities that are a part of Cushing's Disease, I have discovered a growing number of symptoms starting to recur. Such as:

So with much apprehension and reluctance, I contacted my Endocrynologists and Neurosurgeon from my first round of Cushings and gave them all the details as to what I was experiencing and they suggested that I could very well be having a recurrence.
As I'm sure you might could imagine, I was suddenly filled with a truck-ton of heavy emotions upon hearing this from them! Up until this point, I had not ever even entertained the idea that a recurrence was even a possibility.
In my disbelief, I ran some Google searches on the odds and likelyhood of recurrence with Cushing's Disease and found, to my dismay, that it is much more common than I would have ever thought. And, even more disturbing was how that percentage grows exponentially the further out you get from the initial surgery paticularly once you have reached the four year mark! If you've been following along with my blog, you will know that I just published a post celebrating my 4th year of freedom from this dreadful beast of a disease! Oh, the irony!! 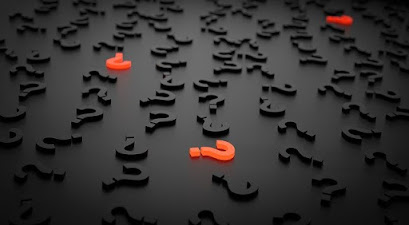 "Life is what happens when

I have to admit, it would seem that no matter how old I get, how much experience I obtain in this crazy world, I am stubborn to learn that life is not so interested in the plans we make rather, it has an agenda all on it's own and for it's own purposes.

My plans were to continue taveling full-time around the Country exploring and experiencing all of the amazing people & places that exist. This was a dream from long ago that I finaly decided to pursue following the first surgery. Funny how these life events change our perspective on things and transfer energy into paths that we would, more than likely only continue to just dream about. I have been recently building a website and blogging about my travels under the Social Media Title "RVRoadramblers" which includes a Facebook, Pinterest, Instagram, Twitter, and YouTube accounts.

However, with this latest discovery, I've had to make a change in plans where this time of year would normally make like a snowbird and head South for warmer weather. This year I had planned on finally making my way down to explore the beautiful state of Florida, something I have had on my bucket list for a long time.

Instead however, I have made my way back to Colorado so I can be near to my Doctors, Friends and Family until we figure out what can be done.

I have very little else to go on at this point waiting until I get my ducks in a row with an Insurance plan that will work in Colorado and with a pre-existing condition, a task that will not be easily resolved.

My Endocrynologists has been very attentive and helpful by agreeing to work with me via email and telephone until I things in order, which has been a big help! She has written prescriptions for Rouvestatin to tame down my blood pressure issue and also Ketoconazole, which is very effective at curbing the symptoms that occur naturally from Cushing's Disease. At the moment, she has me taking 800mg, One pill every 8hrs with a double dose at 10pm. And I have begun to notice a slight difference since starting those medications.

The next big procedures to come will be an MRI and a Petrosal Sinus Sampling (PSS) to get some more specific information on the tumor itself which, along with at least a half dozen more Blood, Urine and Saliva tests, should begin to unlock the doors of options that will be available for eliminating this Beast once and for all!

If you've experienced the effects of Cushing's Disease in your life either personally or through a friend or family member, I would love to hear from you or them. Please be sure to share with me in the comments section down below. And also to let anyone you know that might be experiencing the effects of Cushing's about this Blog or the other Social Media Accounts I mentioned above. You never know when you might just be saving a life by doing so.

Posted by Craig Roberts at 4:27 PM No comments: