In the News: Isturisa (osilodrostat) 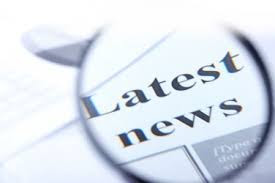 In the wonderful world of health & medicine, it is an unfortunate truth that progress happens in small doses and and at a pace that is barely noticeable as can be witnessed in the scramble to produce a working vaccine for this current Corona Pandemic.

However, much like catching that unexpected glance of a shooting star as it races across the night sky, we are sometimes blessed with the opportunity to catch a glimpse at the truth that despite the temptation to fall victim to frustration and hopeless convictions, there is, in fact, a forward movement of progress that is definitely at work.

During my latest research on the latest Cushing's News, I happened across this article, which ignited in me that same response as to the shooting star I mentioned above. It's been a while since I've seen anything new come about as the result of ongoing research for treatment options available to Cushing's Disease patients. 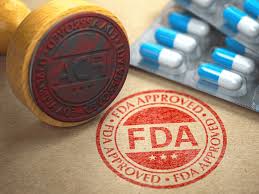 Evidently, as of March of this year (2020), the FDA (US Food and Drug Administration), the folks who are burdened with the responsibility of determining whether or not a particular food or medicine can be deemed safe for human consumption or not, released a bulletin regarding a new Drug called Isturisa, that they have given the designation of "Orphan Drug", which is evidently a designation given to any substance meant to treat rare disease or conditions such as Cushing's.

The FDA claims that Isturisa works to disarm the synthesis of Cortisol in the body thereby reducing the overall destructive effects that abnormally high levels of the hormone have on the rest of the body. Upon evaluation, they are claiming an 86% success rate at restoring Cortisol levels to near normal levels, which is a very impressive statistic, in my opinion! 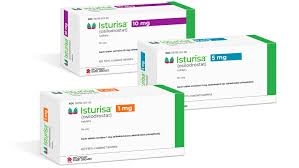 Though, due to the fact that these drugs are not a remedy to the remaining root issue, which is the presence of a benign tumor located somewhere behind the scenes running amok, this new kid on the block option, like others of its kind (i.e. Ketoconazole) is mostly considered as an alternative to a surgical procedure but where surgery is no longer an option available or as a temporary bridge to provide some relief of symptoms while the wait for surgery is at an extended length of time, like during a Covid-19 Pandemic! For now, surgery still remains as the go-to procedure for dealing with Cushing's Disease as it strikes directly at the root of the problem.

Anyway, regardless of the fact that Cushing's Disease remains on the list of rare diseases lacking a definitive cure, it is quite refreshing to see some evidence of activity toward the relief of it's dramatic and altogether dangerous effects on the body. Though I must admit, that pesky little kernel of conspiracy theorist that looms within me often wonders if these efforts coming from big Pharma aren't just polished-up, freshly presented money pots for our precious few remaining dollars! But, I should leave that for now and let you be your own judge on that.

If you're interested in reading the full press release on Isturisa from the FDA, I have provided a link to it for you here: Isturisa (osilodrostat)

As always, I hope that all is well in your world. If you have any questions or additional information to share, please be sure to leave a comment below and thank you for visiting The Cushing's Trail!

Posted by Craig Roberts at 1:52 PM No comments: